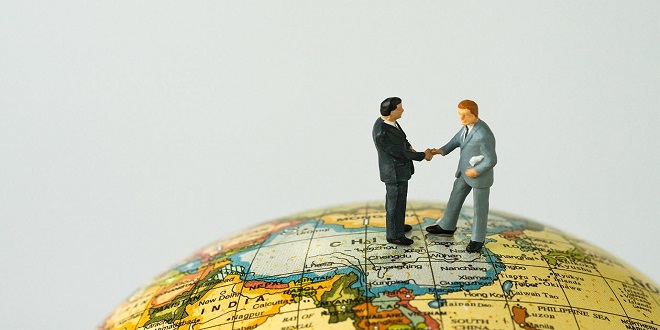 State-building is the effort of rulers to institutionalize state structures capable of absorbing expanding political mobilization and controlling territory corresponding to an identity community. In the Middle East, the flaws built into the process from its origins have afflicted the states with enduring legitimacy deficits (Hudson 1977).

Because imperialism drew boundaries that haphazardly corresponded to identity, installed client elites in them and created the power machinery of the new states, state elites, long after independence, continued to depend on external protection and on resources provided by external powers or markets rather than raised domestically through consent; as such, most Middle East states were and remain relatively less accountable to domestic society than where they are indigenous products.

The circumstances of a state’s initial composition tend to set it on a particular foreign policy tangent, either status quo or revisionist.

(a) Because state formation is coterminous with a contested process of identity construction, whether a state’s boundaries satisfy or frustrate identity shapes its foreign policy role. During the initial formation of the state’s system, imperialist boundary drawing literally built irredentism into many states; however, where indigenous state-builders were able to achieve some correspondence between the dominant political identity and the state’s boundaries, as for example in Turkey and Saudi Arabia, foreign policy has been relatively free of irredentist revisionism.

(b) Because primitive state formation always involves some degree of inclusion and exclusion, whether the specific social forces incorporated at the founding of regimes were largely satisfied (privileged) or dissatisfied (plebeian) also tends to set states on opposing status quo or revisionist tangents.

Specifically, those, often monarchies, forged around traditional satisfied classes implanted, penetrated and supported by the Western core were biased toward status quo policies, while the wave of revolt against this, in which states were captured from below by dissatisfied plebeian forces and turned into radical republics, infused revisionist ideology into many states’ foreign policies, at least until radical elites, becoming new classes, acquired stakes in the status quo

The phases of state-building

State-building in the Middle East has varied considerably over time.1 Four identifiable stages in Arab state formation are adumbrated below, with comparisons to the non-Arab states made where appropriate.

At each stage, the formation of the individual states is a product of interaction between internal political forces and the simultaneously developing systemic (international and regional) structures in which the states are embedded. State formation, in turn, is a major determinant of the foreign policy behavior of the individual states, for, as will be argued, at each stage in state formation different kinds of foreign policies are typical.

The pre-consolidation traditional era in the Arab world was one of the weak states governed by semi-independent, narrowly based, oligarchic republics, monarchies or dictatorships ruling over small albeit mobilizing middle classes and unmobilised masses. The colonial powers had, in many countries, imposed borders, bureaucracies and formally liberal institutions (parliaments, elections) and fostered or co-opted the landed-commercial notability (Ryan) out of which the first-generation nationalist elites arose.