The international system and the Middle East 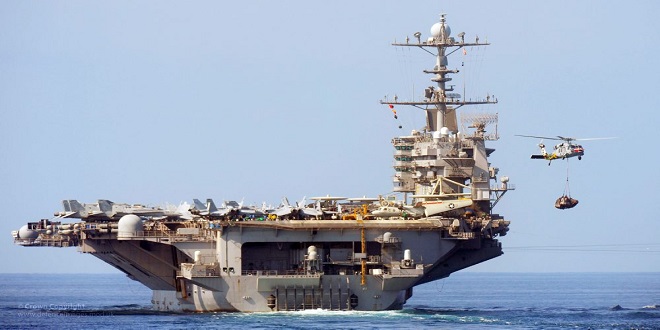 The Middle East has been profoundly shaped by the international system, or more precisely, the great powers, which dominate its developed ‘core’. The nineteenth-century expansion of capitalism and imperialism into the region reflected a combination of superior Western technological, market, and military power which penetrated and eventually reduced the Middle East to an economic periphery of the core and imposed a very flawed Western state system on it.

Even after independence, Western capitalism continued to penetrate the Middle East: the region’s strategic transit routes, oil resources, the creation of Israel, a Western bridgehead, and the relative power vacuum issuing from regional fragmentation all continued to draw in external powers.

The first major expression of Western expansion into the region was the growing threat to the Ottoman Empire, ultimately ending in the transformation of the regional system from a universal supranational empire to a system of states ostensibly meant to represent separate nationalities. While local rulers were by no means passive in this process, they were increasingly likely, in the face of superior Western power, to become victims or clients rather than autonomous actors.

The Ottoman system was the antithesis of the European nation-state system. It was a patrimonial empire headed by a Sultan-Caliph whose rule was legitimated by the implementation of the Islamic Core and periphery 15 law, the outward sign of the supranational Islamic.

De-colonisation and the Cold War

De-colonisation and the bipolar Cold War between the USA and the USSR transformed the terms of international penetration in the Middle East. To be sure, given the exceptional concentration of Western interests there – oil, transit routes, and the protection of Israel  the Western great powers had no intention of leaving the region in the wake of Arab political independence.

The Cold War actually raised the stakes as the USSR was perceived to challenge the West’s regional interests. Indeed, the Cold War began when the Truman Doctrine, responding to Soviet pressures for a share of Iranian oil and access to the Turkish straits, extended Western protection to these states.

Thereafter ‘containment’ of Soviet communism’s threat to the region drove the United States (US) and Western policy. In this contest, oil, Israel and containment’ were intimately linked: the Soviets had to be denied control of Middle East oil through which they could strangle Western Europe but Core and periphery 21 Western support of Israel inflamed pro-Soviet sentiment in the region and increased the threat to oil.

As direct imperialist control in the region faltered after World War II, nationalist movements and regimes sought to fill the gap and exploit Soviet power as a counter to the West. In these conditions, the Western powers had to find new, subtler ways of protecting their interests than hitherto but, at least initially, their efforts proved largely counterproductive.

The unfolding of the relation between the great powers and the region during the Cold War will be explored below through an analysis of the two main regional attempts to restructure a more equal relationship with the core namely the rise and fall of Nasserite Pan-Arabism, and (2) the rise and containment of OPEC.