What is the Ketogenic Diet? (Keto Diet) 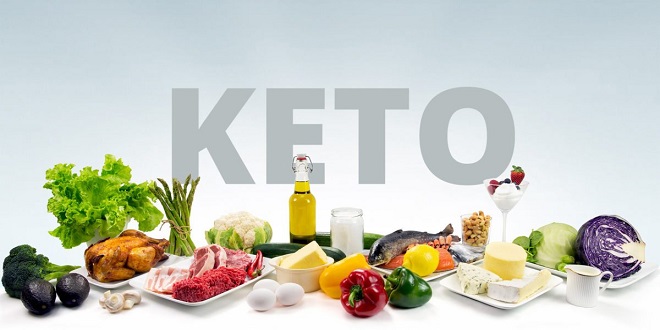 Despite the many different kinds of diets that you have no doubt heard about in your life, there is bound to be a few that are new to you. One of these, in particular, might be the Ketogenic Diet, also known as the Keto Diet, which is a high-fat, low-carbohydrate regimen.

Why Choose the Ketogenic Diet?

Over the years, researchers have found that there are many benefits to choosing the Ketogenic Diet. There was initial speculation that the diet would cause a cholesterol build-up in the body, therefore leading to heart disease due to the high-fat content of the foods that people on the diet could consume. However, as more and more experts have looked into the diet, they have found that there are inherent advantages for beginning this type of diet.

For one, the body is able to utilize fat instead of carbohydrates for energy. The body will therefore not rely on carbohydrates since there is such a low amount entering the body, and will thus be able to store ketones – the fats – for later energy use.

Benefits Of A Keto Diet

Another benefit is the fact that the body will not be as hungry, and people on the Keto Diet, therefore, are at a lower risk of falling off their regimen by snacking. Because the Keto Diet encourages the consumption of various protein-rich foods which work to curb hunger. The body goes into the state of ketosis – which is common among those who fast regularly – and therefore does not require a lot of food to keep it going. What better than to be on a healthy diet and not have constant hunger pangs?

But what led to the creation of the Keto Diet? Back in 1924, a Mayo Clinic doctor by the name of Russell Wilder developed the Ketogenic Diet in hopes of finding a treatment for epilepsy. Many people who suffer from epilepsy and other illnesses have reported a noticeable decrease in their symptoms after going on this diet.

This practice dates back to Ancient Greece when doctors would change their patients’ diets and even have them fast to force their body into starvation mode. The Ketogenic Diet is a much easier means of getting the body to go into the fasting mode without actually depriving the body of food. To this day, however, no one knows exactly why the Ketogenic Diet is so effective in helping those that suffer from epilepsy, autism, and other known illnesses.

Finally, the health benefits offered by the Keto Diet are remarkable. People who follow the Keto Diet completely eliminate starchy carbohydrates, such as slices of bread and pastas, and substitute them with non-starchy vegetables such as broccoli, asparagus, carrots, and many others

These kinds of vegetables are packed with vitamins and nutrients that support a healthy body and are also much lower in calories. The Keto Diet, in addition to aiding those who suffer from illnesses such as epilepsy, is also recommended for cancer patients. As research has shown, cancer cells flourish in areas of the body where there is a lot of glucose, which is what carbohydrates become. If the body consumes less carbohydrates, there will therefore be less glucose, and subsequently the cancer cells will not be able to grow and thrive.

Healthy and Better Future with AEDs Manufactured by Mindray

Several things to consider when buying a capsule counter in bulk

One of the most well-known types of Kratom is: