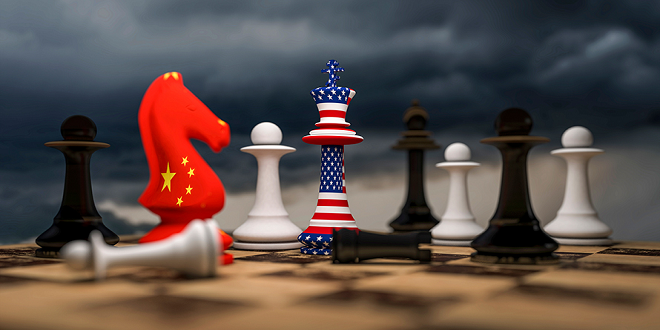 Following initial sections on theoretical perspectives and historical background, the remainder of this book of readings concerns the politics of international economic relations since World War II. Developments since 1945 have, indeed, raised a wide variety of theoretical, practical, and policy issues.

The contemporary international political economy is characterized by unprecedented levels of multinational production, cross-border financial flows, and international trade. It is also plagued by increasing political conflict as individuals, groups, classes, and countries clash over the meaning and implications of these economic transactions.

For the first thirty years after World War II, the general pattern of relations among non-communist nations was set by American leadership, and this pattern continues to influence the international political economy today. In the political arena, formal and informal alliances tied virtually every major noncommunist nation into an American led network of mutual support and defense.

In the economic arena, a wide-ranging set of international economic organizations including the International Monetary Fund (IMF), the General Agreement on Tariffs and Trade (GATT), and the International Bank for Reconstruction and Development (World Bank) grew up under a protective American umbrella, and often as a direct American initiative.

The world economy itself was heavily influenced by the rise 14 Introduction of modern multinational corporations and banks, whose contemporary form is largely of U.S. origin. The contradiction between increasing economic integration and the wealth it produces, on the one hand, and the desire for political control and national autonomy, on the other, defines much of what happens in the global political economy.

American plans for a reordered world economy go back to the mid-1930s. After World War I, the United States retreated into relative economic insularity, for reasons explored in Historical Perspectives. When the Great Depression hit, American political leaders virtually ignored the possibility of international economic cooperation in their attempts to stabilize the domestic economy.

Yet even as the Franklin Roosevelt administration looked inward for recovery, by 1934 new American initiatives were signaling a shift in America’s traditional isolation. Roosevelt’s secretary of state, Cordell Hull, was a militant free trader, and in 1934 he convinced Congress to pass the Reciprocal Trade Agreements Act,

which allowed the executive to negotiate tariff reductions with foreign nations. This important step toward trade liberalization and international economic cooperation was deepened as war threatened in Europe and the United States drew closer to Great Britain and France.

The seeds of the new international order, which had been planted in the 1930s, began to grow even as World War II came to an end. The Bretton Woods agreement, reached among the Allied powers in 1944, established a new series of international economic organizations that became the foundation for the postwar American-led system.

As the wartime American-Soviet alliance began to shatter a new economic order emerged in the noncommunist world. At its center were the three pillars of the Bretton Woods system: international monetary cooperation under the auspices of the IMF, international trade liberalization negotiated within the GATT, and investment in the developing countries stimulated by the World Bank. All three pillars were essentially designed by the United States and dependent on its support.