The bike will make your legs bulky 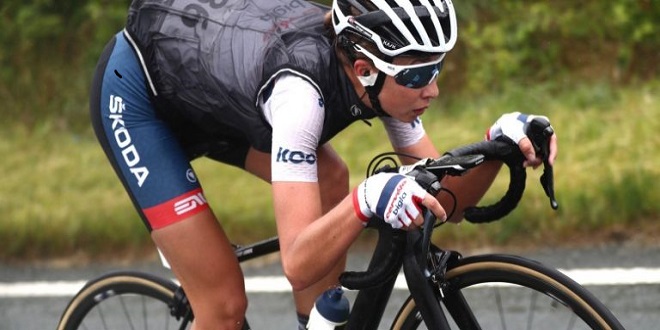 t has been in the gym for years, the tried-and-true old StairMaster. StairMaster is a brand name and the popular original stair workout; numerous steppers and trad climbers have followed. I personally still love the original. It is extremely effective, and it’s not easy when done correctly. The only problem is it’s rarely ever used the way it was designed.

I received my undergraduate degree from Boston College and have vivid memories of rows of people sweating away on the StairMasters in our gym, especially in the weeks before spring break. They were working out feverishly in a desperate attempt to lose a few pounds before they had to squeeze into a bathing suit. Almost all of them had the StairMaster cranked up to the highest level. Not strong enough to sustain the pace with their legs alone, they all held on to the handrails with their arms locked out, tiptoeing on the pedals. They were getting almost nothing out of the exercise.

Here’s how to get the most out of the StairMaster.

Correct form is so rarely used on the StairMaster. This is amazing to me, given how long this machine has been around. The proper and effective technique for using it is to use the full range of the pedal stroke: pushing it all the way down until it almost touches the floor, then bringing it all the way up until it almost touches the top of the pedal stroke. Doing this full motion requires activating all the leg muscles, especially the glutes. The improper manner in which the majority of people work out on the StairMaster changes it into a calf and triceps exercise, with minimal caloric expenditure.

The StairMaster makes your butt big.

Incredibly enough, the elliptical trainer first entered the market in the 1990s. It is amazing to me that it took that long to invent this machine. The elliptical trainer is essentially for those who want a cardio workout with significantly less stress on their joints than they would get on a treadmill. This reduced strain is due to the oval or elliptical motion, which provides support to the body. Elliptical trainers come with or without arm attachments. Certain models allow you to adjust the incline, resistance, and stride length.

I have to admit, I’m not an erg guy. Never have been. I used one a couple of times back when I was eighteen during my first job at the local YMCA. I found it to be really difficult and have not been on it since. My editor, on the other hand, loves this mode of cardiovascular torture. So do many others, and for good reason: it provides a phenomenal cardiovascular workout involving the entire body. We just ordered another for my club to keep up with the demand.

It has a flywheel that you can adjust to simulate the feel of rowing on the water. You sit on it, put your feet into straps, and hold on to a handle attached to a chain. In one smooth motion you pull the handle while pushing away from the flywheel with your lower body. It takes coordination and practice to get it just right. Do not overdo your first few sessions on the erg. Do five minutes or so at an easy intensity.

The Information You Should Know About Antai College