City Hall and Beyond 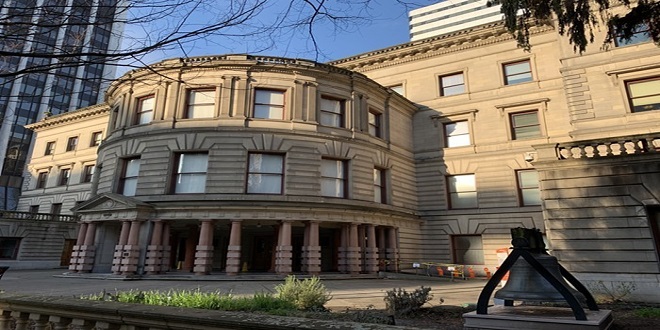 They filled patronage jobs with supporters and brokered city contracts for business associates. They were just following in the footsteps of the nineteenth century Tammany retainers who believed in what one loyalist famously called honest graft No one explained this better than the ward boss of Hell’s Kitchen, George Washington Plunkitt, who declared, I saw my opportunities, and I took em.

It took another larger-than-life character to topple the last Tammany leader: Edward I. Koch ended the long reign of Tammany’s Carmine De Sapio as the Democratic leader in Greenwich Village in 1961. Koch a combative, opinionated dynamo who could happily outtalk anybody was elected mayor sixteen years later, only to be undermined by an old-fashioned patronage scandal involving officials he himself had appointed.

How innocent New Yorks’s first mayors seem by comparison. They were British appointees, so they could not get the job by buying votes. The city’s first mayor was Cambridge-educated Thomas Willett, a seventeenth-century sea captain who had made his reputation as magistrate of the Plymouth Colony in Massachusetts. He served one year and was appointed again two years later

After the Revolutionary War, New Yorkers elected a parade of Clintons, Livingstons and Schuylers. But these bluebloods also had competition from a new political organization, Tammany Hall, whose founding principle called for asserting the rights of the middle class.

Organization man Abraham D. Beame, a Democrat, followed Lindsay and presided over a fiscal crisis that all but forced the city to declare bankruptcy in 1975. Koch defeated Beame in the Democratic primary in 1977 and went on to serve three terms before he, in turn, lost the Democratic primary to David N. Dinkins in 1989. Dinkins, the city’s first black mayor, defeated the Republican nominee, Rudolph W. Giuliani, the United States Attorney in Manhattan, just as population shifts made non-Hispanic whites a minority in the city.

Racial tensions erupted in Crown Heights, Brooklyn, and quickly engulfed Dinkins administration. The 1993 election was a rematch between Dinkins and Giuliani, but this time Giuliani won. In his eight years in City Hall, crime declined and the city prospered under pro-business policies that spurred real estate development, particularly in Manhattan.

Giuliani tried to delay his exit after the 9/11 attacks. But not even America’s mayor as Giuliani was nicknamed, could undo a law that blocked mayors from running for more than two terms. That took a million-dollar campaign by his successor, Michael R. Bloomberg, a billionaire businessman and Democrat turned Republican who had been in search of a mission beyond making money.

He found it at City Hall, where Bloomberg achieved two milestones that had eluded his immediate predecessors. He won control of the public school system, and he undid the term-limits law. He couldn’t have been more different from his Tammany predecessors, but they certainly would have been impressed by how much he spent from his personal fortune to achieve his political goals.